The next several months were hectic ones for Evelyn as she prepared for the new baby. She hoped this one would be a little girl. She knew Shon really wanted a girl even though he tried to reassure her that he’d be just as happy with a little boy. It would be something to help distract him from the fact that his father hadn’t been apprehended yet. The police found evidence that he skipped town soon after abducting her, probably as soon as he realized he lost his phone. Evelyn smiled as she thought about finding the phone inside the fridge with her, it no doubt saved her life. Was that just a mistake or was it something more? Maybe Shon’s father wanted her to escape somewhere deep down, he wasn’t as bad as he wanted everyone to believe. She didn’t share her feelings with Shon knowing he would become upset. 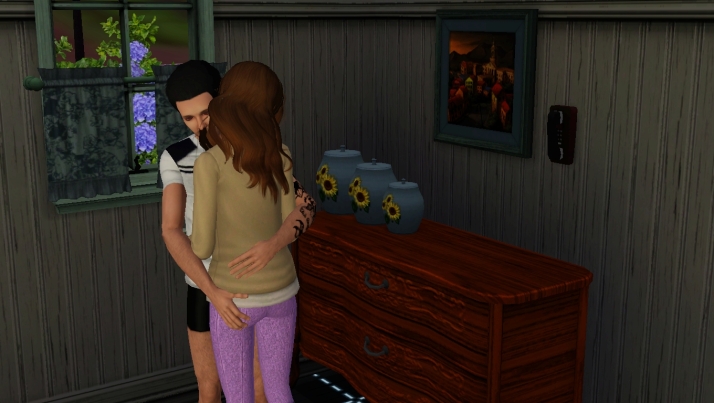 “Babe, do you think this is the right time for us to move?” Shon asked breaking into her thoughts.

“Shon I’m worried too but we can’t put off moving because of the threat against Patricia. We have to trust that Robert will be able to handle it or we can come back to help when they need it.”

“You’re right, it’s just that I feel like we’re abandoning them,” Shon sighed banging his fist on the wall.

“And you feel guilty for not being able to trace the mystery man,” Evelyn said behind him. “I know how hard you worked to find him. What else could you do?”

“It’s so damn frustrating knowing there’s a dangerous criminal threatening your family and not being able to identify him or …” he stopped unsure how much to share with Evelyn.

“Or what?” Evelyn asked.

“Evie the mysterious man has powerful friends and every step I take in finding him someone is one step ahead of me erasing his tracks. Someone is protecting him and I’m afraid that the harder I search the more danger I bring to our family.”

“Shon you need to stop.”

“But … but what about Robert and Patricia?” Shon protested.

“They’d understand,” Evelyn told him “besides I didn’t say you couldn’t try again. You just need to stop for now, let whoever is covering up for him relax maybe you’ll find something then.”

“I know,” she said feeling him snort in response. “Just think in another couple of months we’ll be able to meet our new baby.” Smiling Shon understood she was trying to distract him from the things he couldn’t do anything about. “Then we have a month to move and get settled in Bridgeport. Do you think the house will be ready in time?” Evelyn asked concerned that the additions they were making to the house would not be done in time.

“Don’t worry Evie, the contractor assured me it would be done by the time we get there.” Looking at her he added “Does that mean you’re getting excited about the move?”

Shrugging “I want it done so I can relax already.” Biting her lip she continued “what if ….”

“What if what?” Shon asked her hearing the worry in her voice.

Walking away “what if they don’t like me? What if they don’t want an alien in their city?” Coming up behind her Shon wrapped his arms around her, whispering in her ear “they’re going to love you. I’ll be spending half my time beating off guys from coming on to you.”

“That’s better,” Shon smiled at her “I love the sound of your laughter and how your eyes sparkle in the light.”

“I think you should have been a poet,” she smiled up at him. “Shon I’ve been thinking when we move I’d like to change careers.”

“I thought you liked being in the military,” Shon looked at her confusion. “I thought you enjoyed searching for signs of alien activity.”

“No, not really. It was something I could do, like I was doing something to help. But I’ve been offered a job at the science facility in Bridgeport as an assistant to Henry Van Winkle.”

“It is. Henry is a brilliant scientist and since he came out of retirement after his wife’s death he’s made advancement in understanding alien technology. It would be a great opportunity to work with him and contribute to his work.”

“If it means that much to you I’m behind you one hundred percent,” Shon hugged her. “So do you have everything ready for when the baby comes?”

Nodding she pointed to a bag standing separate from all the other boxes “everything I need is in there.”

Laughing “maybe this time you’ll make it through the delivery without feinting this time.”

Shaking his head “you won’t let me forget that will you?”

Cocking an eyebrow “probably not. It’s one of my favorite memories.”

As they were loading the last of their belongings into the moving van Shon and Evelyn exchanged a glance sighing “I guess this is it,” Evelyn said looking around them.

“Yes and no,” she moved closer to Shon. “I’m sad to leave my family but I’m excited to start a new chapter in our lives together.”

“So am I,” Shon kissed her forehead “although I’m a little concerned I’ll run into people I used to know. Remember I was born in Bridgeport and lived there until Gramma moved us to Aurora Skies when I was sixteen.”

“None that I haven’t already told you,” Shon smiled back at her thinking that the only part of his past he had to worry about concerned those parts related to his father.

Everyone gathered together for pictures before they loaded up the kids for the long ten-hour drive to Bridgeport. While they sat for pictures Shon looked over at Evelyn holding their new-born son, Terrell and smiled.

“What are you smiling at?” Evelyn asked returning his smile.

“I was thinking how glad I am we had a little boy this time,” he said winking at her.

“Really?” Evelyn asked “I thought you wanted a girl.”

“I do,” Shon leaned over and whispered in her ear “this way we get to keep trying and I really like that part.”

Heat flushed her face as she quickly looked around to see if anyone overheard his comment.

After several hours of being strapped inside his car seat Robbie was cranky and lost all trace of his normally happy disposition as he screamed to be let out. Sighing Shon looked for a rest area so that he could get some relief from the constant crying coming from the backseat. Stopping at the first opportunity, Shon took Robbie out to let him run off some energy and Evelyn took the time to feed and change Terrell. Smiling over at Shon playing with Robbie she couldn’t help but say “you know he’s going to scream bloody murder when you put him back in his car seat.” 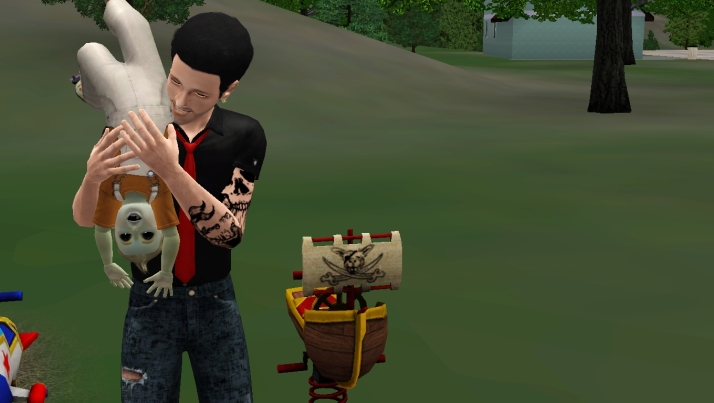 “I know,” he said as he caught Robbie as he ran past towards the parking lot. “I’m hoping he’ll fall asleep if I tire him out enough.”

“I’m all for that if it works,” Evelyn told him snuggling Terrell

After spending a couple of hours at the rest area they finally loaded the kids up and started on their way again. After crying for several minutes Robbie finally cried himself to sleep. “How much longer?” Evelyn asked yawning, attempting to stretch in the confines of the car.

“Not long, maybe 45 minutes to an hour.” Glancing in the rearview mirror he smiled “our little angel is still asleep.” 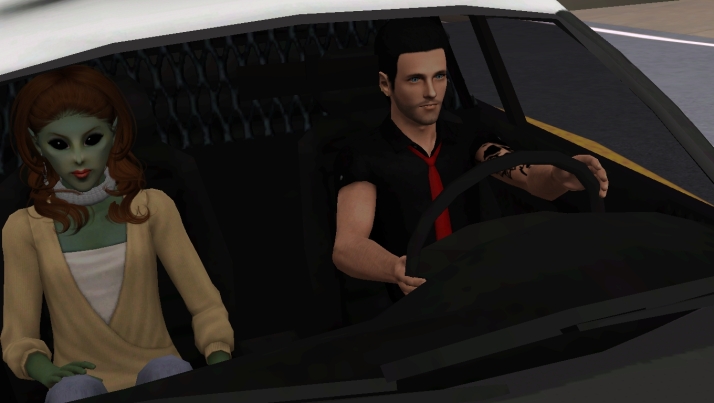 “Thank god,” Evelyn closed her eyes enjoying the silence. “I don’t think I could take much more.” Looking over at Shon she asked “do you want me to drive for a while?”

“Naw I’m alright,” he replied attempting to strangle a yawn.

“No you’re not. Pull over and I’ll drive while you get some sleep.”

Looking sideways at her “you don’t know your way around Bridgeport,” he protested.

“So I’ll stop on the outskirts and you can take over from there.” Her tone telling him that it was no longer up for discussion as he pulled to the side of the road.