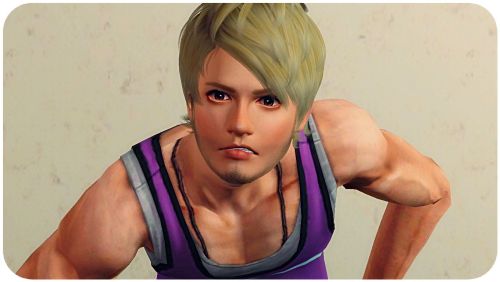 1. If your character lives alone, what do they do to “feel safe”? (Ex: locking the doors, getting a dog, owning weapons, leaving the TV on to not feel alone, etc.)

It depends upon the circumstances really but he mostly just locks the door and draws the curtains, watches a little TV or plays the radio. You know normal everyday stuff. He’s been known to go out and leave the door unlocked. He’s not that worried. If something spooks him he’ll go out to investigate it otherwise he’ll keep his phone handy in case he needs to call for help.

2. If your character lives with others, who is responsible for keeping the house “safe”?  If there’s a chance of danger (they hear a noise, for example) who’s job is to check out the “threat?”

Well when they were kids his dad always made him feel safe. If he was home alone with his his older brother, which didn’t happen often, he was the one who checked things out when there was a noise or something outside.

3. What shapes/figures/faces do they carve into their pumpkins?

He liked to carve scary faces into them. He remembers one Halloween when he was kid that they were so scary he gave his brother nightmares for a month afterwards. Eddie was really easy to scare…